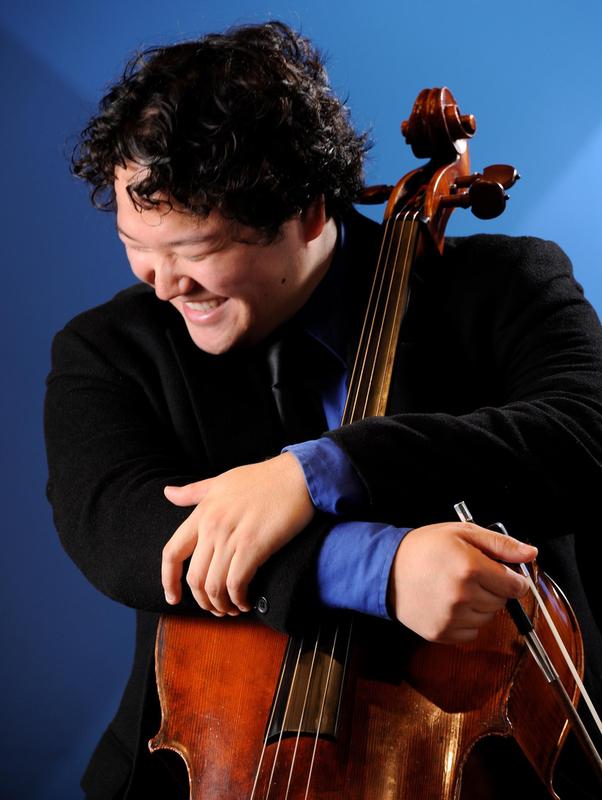 Hailed for his rich tone and charismatic playing, Korean-American cellist, MARK BAEKBEOM YEE has a career as a soloist, chamber musician, orchestral performer, and teacher. As winner of the Cleveland Institute of Music concerto competition, Mr. Yee performed the Dvorak Cello Concerto with the CIM symphony orchestra. This led to an invitation to perform Tchaikovsky Rococo Variations with the National Repertory Orchestra. In 2014, Mr. Yee was invited to participated in the 50th anniversary distinguished alumni “Shooting Stars” concert for the Sarasota Music Festival. An avid contemporary music performer, Mr. Yee has world premiered new works by Victoria Bond, Gao Ping, Wang Da Hong, and Xie Wen Hui at the Lincoln Center with the China Conservatory Chamber Ensemble. He has performed at such prestigious concert halls across the country such as Carnegie, Alice Tully, Zilkha, Jones  Halls, and at the Lincoln, Kennedy and Wortham Centers.

Mr. Yee has spent his summers such as Norfolk, Sarasota, and was a festival fellow at Aspen and Bowdoin Music Festival. In addition to his appearances as a soloist and recitalist, Mr. Yee performs regularly as a chamber musician. He has performed chamber music with distinguished artist such as Robert Levin, Mikhail Kopelman, Oleh Krysa, James Buswell, Pamela Frank, Kim Kashkashian, Emma Tahmizian, and members of the Juilliard, Cleveland, Tokyo, Artis, Ying, and Cavani string quartets. He was part of the Yee-Matathias-Cheli piano trio, which was closely mentored by violinist Sylvia Rosenberg from the Juilliard School and has performed in master classes at the Lincoln Center for pianist Jeremy Denk and Menahem Pressler. As an orchestral performer he has been lead by such conductors such as Kurt Masur, Gustavo Dudamel, David Zinman, Peter Oundjian, and Leonard Slatkin. Mr. Yee is an active freelance cellist, performing with the Houston Ballet and Houston Grand Opera.

In the spring of 2009, Mr. Yee solo and chamber music performances took him abroad to England, where he studied with cellist Steven Isserlis and Ralph Kirshbaum at the International Musicians Seminar Prussia Cove. In 2015, Mr. Yee graduated from the Eastman School of Music with a Masters of Music on a full-tuition scholarship and received a Performer Certificate while being a teaching assistant to Steven Doane and Rosemary Elliott. Mr. Yee finished his Bachelors of Music at the Manhattan School of Music under Clive Greensmith, former cellist of the Tokyo Quartet. His previous teachers have been with Desmond Hoebig, Richard Weiss, Christopher French, and Richard Aaron.

Mr. Yee maintains a full time cello studio teaching  cello privately and his students regularly play in the Houston Youth Symphony, place in the local All-Region Orchestra, receive superior ratings at local contests, and participate in summer festivals throughout Texas and the US. Mr. Yee has extensive experience as a cello teacher and sectional coach in schools throughout Houston, Humble ISD, Houston ISD, Spring Branch ISD, and Fort Bend ISD. Outside of music, he’s known for his abilities as a Korean Barbecue Chef specialist and currently training for the IRONMAN 70.3. He lives in Sugar Land with his pug Pumpkin.